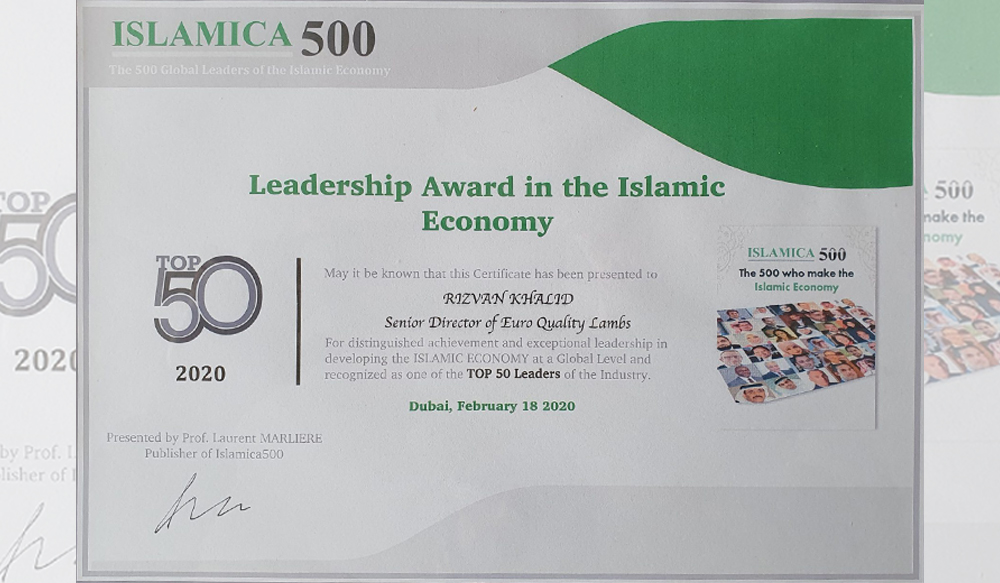 We’re delighted for our Managing Director, Rizvan Khalid, to have been honoured and recognised as one of the top 50 leaders of the global halal Islamic economy.

Islamica500 recognises the world’s most prominent and influential personalities in the Islamic world and economy. The distinguised short-list of those in the top 50 was released at the 2020 launch event held in Dubai alongside GULFOOD (one of the leading food events in the world) on 18th February.

The judges had a tough task of selecting just 50 candidates when the pool of talent is so great. The Founder of Islamica500, Prof Laurent Marliere explained the significance of the award: “From CEOs with global thought vision to hard-working professionals with concrete achievements, the ISLAMICA500 is a unique window to the best of what the Islamic economy can offer in the fields of finance, halal and lifestyle.”

Amongst many industry reactions Christine Walsh, from UK’s Agriculture and Horticulture Development Board commented “Congratulations Rizvan. Well deserved. I’m pleased your hard work has been recognised”.

Our founder, S M Khalid, was delighted “We’re delighted for Rizvan to be honoured with this prestigious award. It’s a testimony to his hard work in taking EQL from strength to strength. We want to follow his lead and become leaders in our craft serving great British lamb to customers around the world.”

EQL is committed to working towards a stronger British Islamic economy. Awards such as these are a testimony to our efforts. The full list of the 500 who make the islamic economy will be released on 20th April 2020. 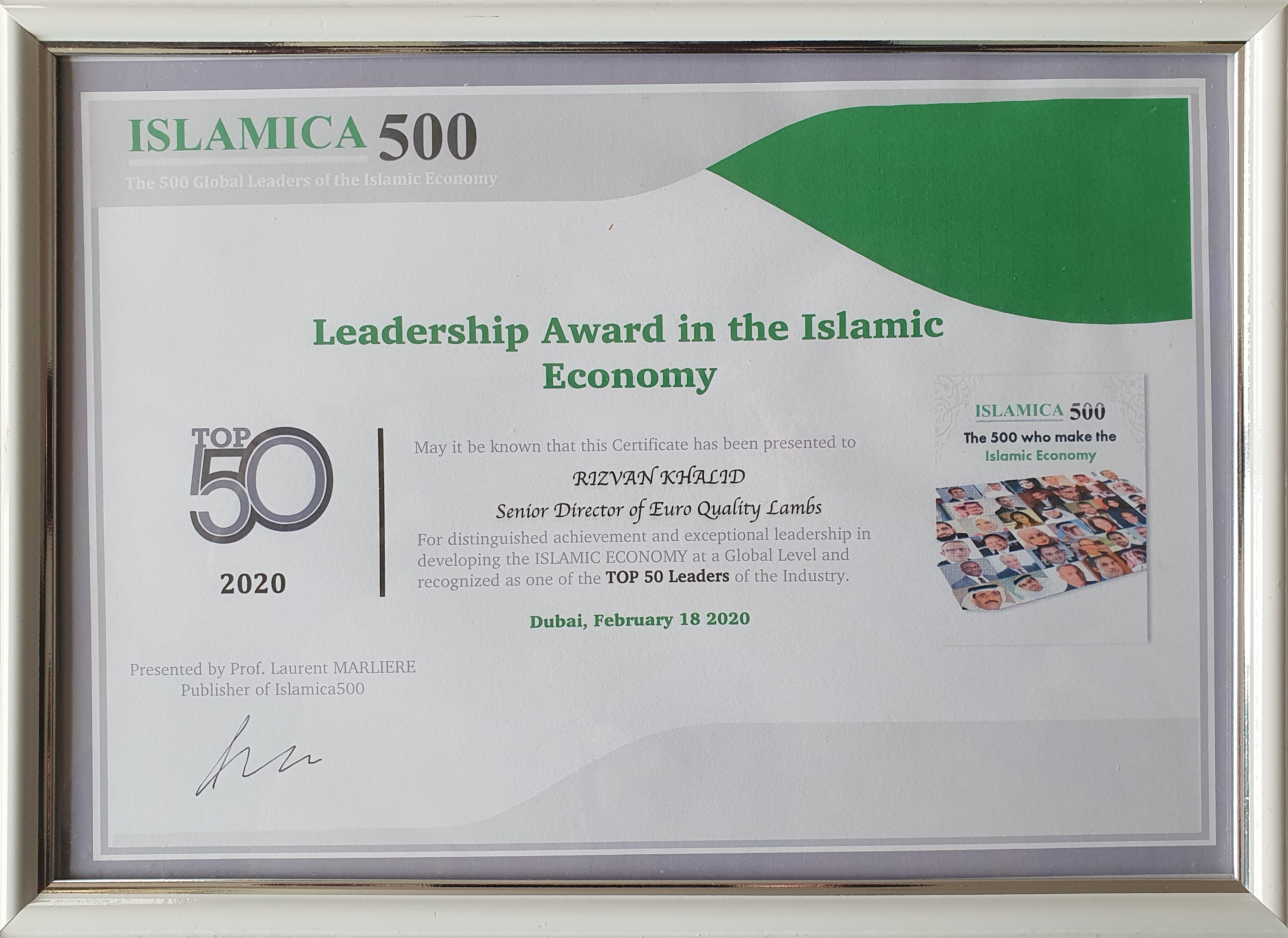