To understand the practicalities of how EQL carries out UK Qurbani please read the FAQs here.

It is important to understand the rules and fiqh basis for Qurbani.

‘And for every nation We have appointed religious ceremonies, that they may mention the Name of their Lord over the beast of cattle that He has given them for food.’ Al-Hajj 34.

It is important to understand the rules and fiqh basis for Qurbani.

Qurbani is not a trivial action. It is THE most beloved act of Ibadah for Allah swt during the days of Tashreek. How confident are you that your act of Ibadah is being carried out with the due care and attention that it deserves? It’s important to understand the rulings and ask questions so that Qurbani service providers can demonstrate how they perform this act of Ibadah on your behalf.

‘It is not their meat, nor their blood that reaches Allah swt. It is your piety that reaches him.’ Qur’an 22:37.

The principles of Qurbani are summarised below followed by links to the detailed fiqh positions.

‘There is nothing dearer to Allah swt during the days of Qurbani than the sacrificing of animals. The sacrificed animal shall come on the Day of Judgement with its horns, hair, and hooves (to be weighed). The sacrifice is accepted by Allah swt before the blood reaches the ground. Therefore sacrifice with an open and happy heart.’ (Tirmizi, Ibn Majah)

Who should perform Qurbani?

In general every adult Muslim who is eligible to pay Zakat, or has enough money to perform Qurbani at the time, should perform Qurbani. In a household this may involve several adults. We recommend profiling the Qurbanis in the household so that a couple are done internationally for the poor and a couple are done locally so that children will understand and appreciate the blessings of eating from Qurbani and another where you can help the poor in the local community by donating Qurbani. A small animal (sheep or goat) counts as one Qurbani and a large animal (cattle or camel) counts as seven Qurbanis.

No Substitute for Qurbani

You cannot give the equivalent amount of money to charity as a substitute for Qurbani. Qurbani is its own Ibadah like you cannot fast to make up for missed Salah. The Prophet sas (peace be upon him) said “Whoever has the means and does not do Qurbani should not come near our place of Eid.” (Ibn Majah). However if obligatory Qurbani is not performed, out of ignorance or negligence, only then can compensatory charity be given but there will be no sawaab (reward) for it.

Offer the best animal you can afford.

This is an offering for Allah swt. Do you want to offer any old animal or an animal selected for the purpose that you can be proud of? The Prophet sas said “The wealth which is spent on Qurbani on the day of Eid, there is no dearer weath than it.” (Tabrani). Imam Ahmad narrates that the Prophet sas said “The best Qurbani is the one which is expensive in price and is very fat”. In this regard lamb is more expensive than mutton although some may prefer mutton to lamb. Price is a good indicator of quality.

Offer the largest animal you can afford.

The hadith in Ibn Majah mentions there is reward for every fibre of wool on the animal. The bigger the animal the more the reward insha’Allah. It is also mentioned that the Qurbani animal will come on the Day of Judgement with everything intact and its weight increased seventy times to be placed to your scale of good deeds (Kanzul Ummaal). We will all need as many good deeds as we can that day. The more meat you receive from your Qurbani the larger the animal would have been.

Animals must be of a certain age and eligibility. For sheep this is minimum 6 months and for goats 12 months.

Animals must be balig (post-puberty) – they should be mature. Lamb mature early (some breeds are slaughtered from 3 months onwards) so Prophet sas has provided a concession for lamb to be a jadh’ah (interpreted as a meaty plump 6 month old that looks like an adult in size) rather than a musinnah (adult, generally agreed as more than 12 months old) (Muslim). Jadh’ah means one that is of age (e.g. post puberty) and musinnah means ‘possessor of teeth’. A lamb has 8 baby teeth and roughly every year erupts 2 adult teeth so after 4 years they have a full mouth of 8 adult teeth. Once 2 adult teeth have erupted the lamb is a musinnah. This can occur at any time between 9-15 months. Qurbani service providers must engage with farmers and livestock traders to ensure the animals meet the right criteria. We at EQL have been engaging with farmers at livestock events to educate them on the Qurbani market and criteria. See full-page advert taken out in NSA Welsh Sheep event on 21-May-2019.

Animal must be in a good state. Healthy (not sick) & fat (not thin). No defects, lameness, broken horns, broken teeth, blindness.

Qurbani service providers should check each animal and pull out any animals which are not of the suitable standard.

The timing of Qurbani

Whoever intends on performing Qurbani should not cut their hair or nails from 1st Dhul Hijjah until the Qurbani is performed.

The slaughterman should read his Eid Salah before starting Qurbani. He should recite the Qurbani dua during Qurbani. See dua here.

It is preferable to slaughter your own Qurbani. However legislation requires slaughtermen to hold a Certificate of Competence before they can legally slaughter and it is better that Qurbani is performed swiftly by an experienced slaughterman rather than someone with little or no experience. It is desirable to be present when your Qurbani is being slaughtered.

Mentioning the name of the Qurbani performer

Qurbani is accepted by Allah swt even before the blood hits the ground.

Skin & By-Products of the Qurbani Animal

Any proceeds from the skin or other part of the animal should be given to charity. No part of the Qurbani must be given to the slaughterer or butcher or another as payment for their service.

Eating from your Qurbani

The masla is ‘It is best for the one who will do Qurbani that to not eat or drink anything from dusk to dawn on the 10th of Zul Hijjah (i.e. the day of Eid/Qurbani) and when the Qurbani is done, he eat from it’s meat.’.

Qurbani service providers should ensure that animals on whom names are mentioned are correlated with their resulting carcasses and a identifying name or number be placed on the carcass to ensure traceability.

It is preferable to make three portions of your Qurbani – one for yourself, one for friends & family and one for charity. 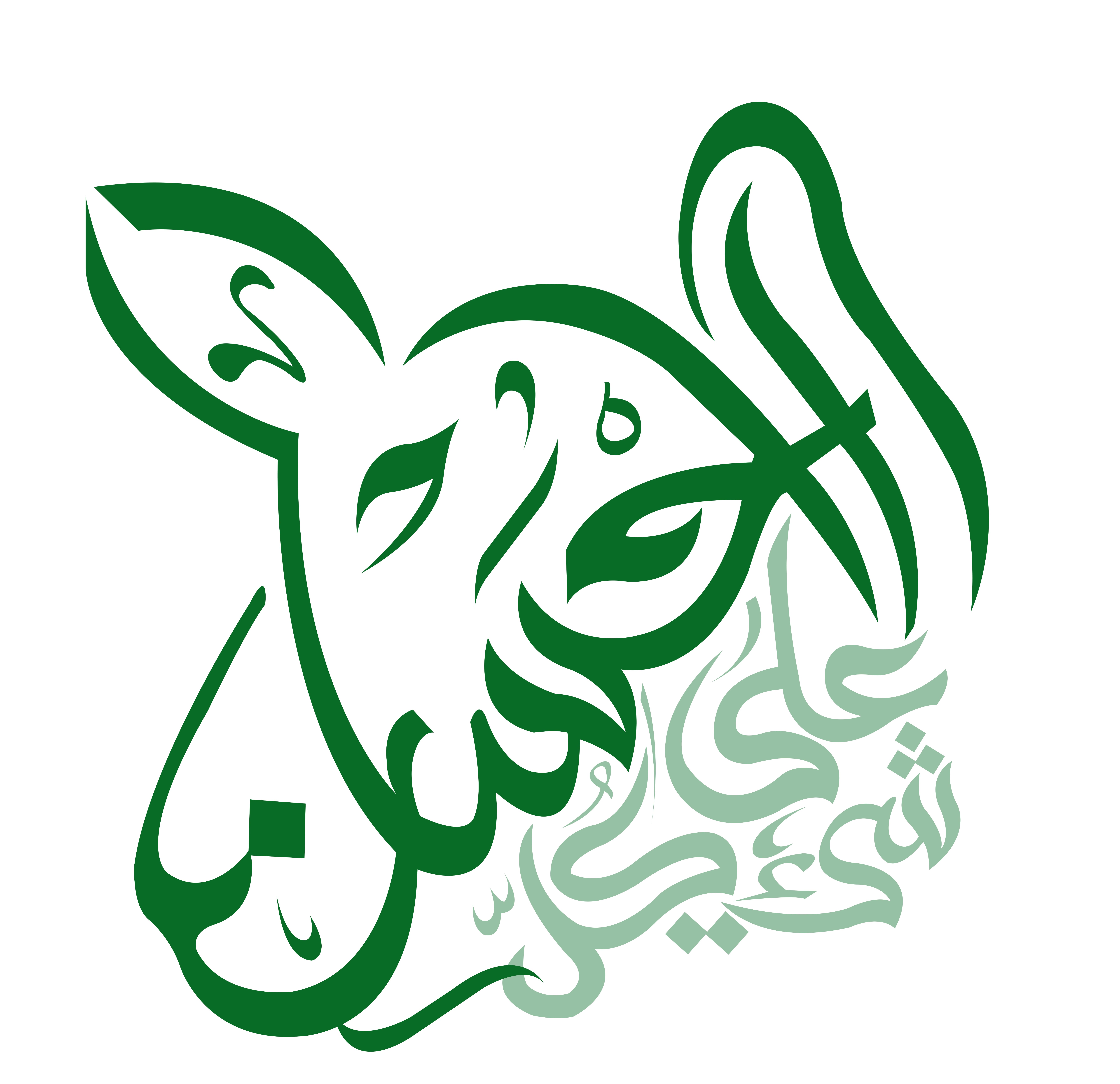 Abu Hurairah relates that the Messenger of Allah (saws) said,
“There are no days more loved to Allah for you to worship Him therein than the ten days of Dhul Hijja. Fasting any day during it is equivalent to fasting one year and to offer salatul tahajjud (late-night prayer) during one of its nights is like performing the late night prayer on the night of power. [i.e. Lailatul Qadr].”[Related by at-Tirmidhi, Ibn Majah, and al-Baihaqi]

Allah (swt) Himself swore by them in the holy Qur’an signifying their importance:
‘By the Dawn and the Ten Nights…’ [Surah al-Fajr 89:1-2]

Here’s a summary of what to do during these blessed days to maximise baraka Insha’Allah.