Euro Quality Lambs is one of the leading suppliers of high-quality lamb and sheep carcasses throughout Europe and the UK.

Whilst the public generally understand Halal to be a label relating to meat slaughtered in a particular way, the term is actually applied to all aspects of life and simply means ‘permissable’ under Islamic law. The opposite of Halal is Haram which means prohibited.

From a consumer perspective, anything containing non-permissible animal-based products or alcohol can be considered Haram. The two terms are therefore most commonly applied to meat and other food products (for example many sweets contain gelatine), as well as to cosmetics , personal care product, clothing (for example leather) and pharmaceuticals. 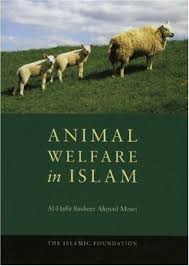 The vast majority of meat and poultry is Halal as long as it is prepared according to Islamic law, although any meat from a pig is strictly Haram and any consumption of alcohol is also not tolerated.

The Qur’an teaches that animals should be respected and must only be killed for consumption or pest control and not be killed freely. The principles of Halal Zabiha (slaughter) are as follows:

• The animal’s physical and psychological welfare should be taken into consideration.
• The slaughterer must be a sane Muslim or a Ahl-Kitaab (a person of the Book, that is a practising unitarian Christian or Jew).
• The slaughterer must mention the name of God before making the cut.
• The name of God is mentioned to emphasise the sanctity of life and that the animal is being killed for food with God’s consent.
• The animal must be alive (not necessarily the same as conscious) at the time of slaughter.
• The slaughter must be performed with the swift cut of a sharp knife.
• The cut must sever at least three of the trachea, oesophagus, and the two blood vessels on either side of the throat.
• The spinal cord must not be cut.
• Blood is haraam and must be adequately drained from the carcass.
• The animal must be completely dead before further processing.
• The meat must be handled diligently to prevent any cross-contamination with haraam products.

Animal Welfare is of utmost importance in Islam. An animal must not suffer unnecessarily before slaughter. It is preferable to feed sheep water and hay in order to calm the animal prior to slaughter. It is also preferable to ensure that animals are not slaughtered in view of one another. Furthermore, one should not sharpen the knife in view of the animal he/she is about to slaughter. As well as good morals, this ensures there is less stress on the animal and a better meat is produced. Further information of Animal Welfare in Islam can be found in the book written by Al-Hafiz Basheer Masri in the early eighties here

The correct application of Halal principles has a positive effect on meat quality and is consistent with our core principles and values – No Compromise on Quality & Service.